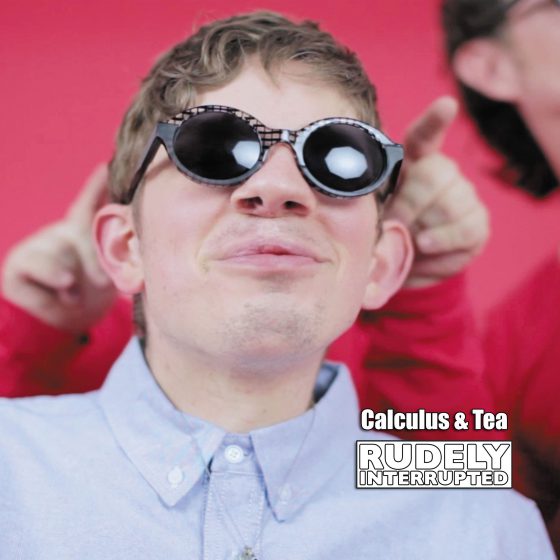 She loves calculus, and drinking tea.

So I messaged her, and she replied to me.

She said she built a voice, that gives you choice,

And helps you to find the right connection.

She loves calculus, and drinking tea.

So I messaged her, and then she messaged me.

She said we’re here to help, those in need,

And change their worlds for the better.

We’re all in this together.

Yeah anything is possible.

Rudely Interrupted are proud to announce their 2nd single ‘Calculus & Tea’ from the mini album ‘Love You Till I Die’. Produced by Rudely Interrupted, mixed by Greg Wales (You Am I, The Cat Empire).

‘Calculus and Tea’ will be available now to order from your favourite music service from June 15th 2018 iTunes, Amazon, Google Play, Deezer, Spotify

It’s very much a modern day song of hope and coming together, but the song had strange beginnings. Coming from an experience when the group were approached by a start up and offered a contract to sign a worldwide deal, “we were wooed, wined and dined to dance with the devil, but walked away from a very exploitative experience with a great song.. The rest is for the book!

We’ve had a string of awesome musicians come play with us recently, including Kram from Spiderbait jumping on the skins for the groups highlight performance at this years ‘Reclink Community Cup’ Rudely Interrupted have a string of cracking rock shows to be announced shortly, and the jet setters have been invited to perform in Moscow Russia for a huge national TV1 performance and further national and international tours and performances in 2019.

Rudely Interrupted stand out from their peers there’s no doubt, but “If you’ve never heard them before expect some extremely well crafted music by a bunch of guys who happen to have been saddled with a slightly wonky set of genes”, – VICE MAGAZINE

For more information go to http://rudelyinterrupted.com